We have long since talked about the ability of 5G to improve broadcast contribution. There are many areas in live production where 5G adds substantial value. Our recent work with the VW FunCup is a prime example of that – live, 250 millisecond latency video over a large track like the Le Mans circuit, and from cars driving at 120mph. It shows that 5G is capable in the most technically demanding conditions.

At IBC, we worked with Zixi to support an interesting project which was part of the IBC Accelerator Programme and demonstrated just how portable and flexible a private 5G ‘Network in a Box’ can be for live broadcast production use cases. This project was interesting for a number of reasons.

Firstly, it was championed by some major players who are interested in experimenting with how 5G can help them with remote production. This includes BBC, BT Sport, BT Media & Broadcast, RTÈ, TV2, OBS, Paramount and Warner Bros-Discovery. It was also championed by the University of Strathclyde and the Scotland 5G Centre, as well as Neutral Wireless.

Secondly, as with all of the IBC Accelerator Programme projects, it is a great example of collaboration between a number of technology vendors with a common goal – to prove what is already possible. We were asked to join because our encoders and decoders have a very low latency and we have real-life experience of contributing live content over 5G.

In this proof of concept, the group used a private 5G network (confusingly called a Non-Public-Network in 5G jargon). There are advantages to both approaches but the main reason for a private network is so that private networks don’t suffer outages from high volumes of consumer mobile traffic. This will be particularly relevant for events with large on-site audiences such as popular sporting matches. Ahead of IBC there was of course a lot of preparation behind the scenes with the live use case location and event identified and we did some preliminary testing of the workflow, equipment, and results, which has been positive.

In initial tests we used the shipping version of our C-100 encoder and decoder and achieved 160ms latency. 110ms of which was encode/decode delay and 50ms was Zixi/network delay. 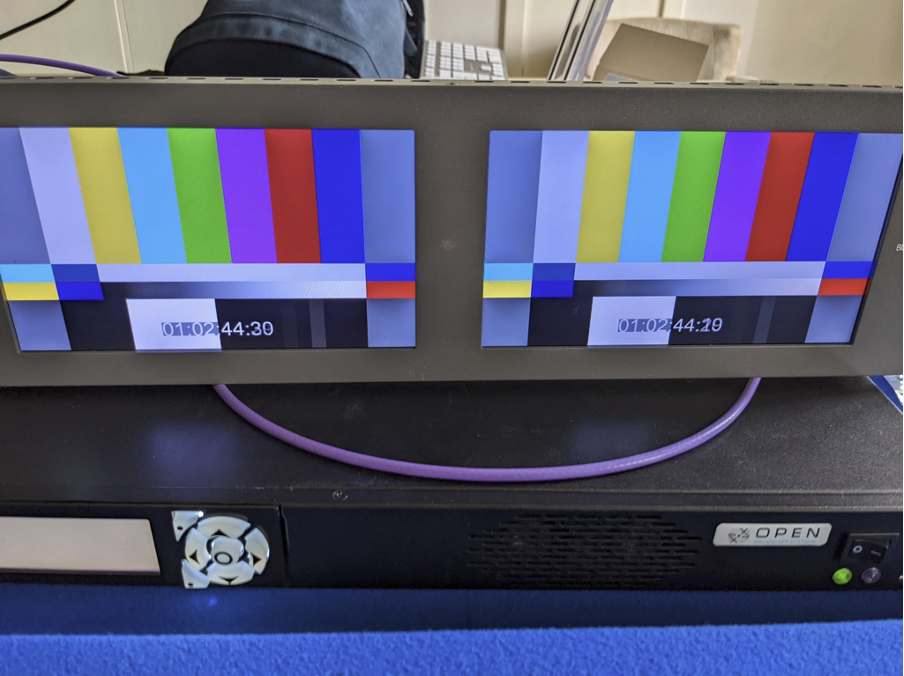 The decoders we ship have additional latency baked into them as they need to be able to decode third-party encoded streams which might not be perfectly formatted, or have the correct low-latency parameters (independently decodable slices). But at IBC we removed some of these delays (as we knew the source was capable of being decoded at a lower latency) and were able to reach latencies of 100 milliseconds. This is the lowest latency of any comparable encoder and decoder solution.

This testing took place at Ross Priory, a historic building from 1693 owned by the University of Strathclyde next to Loch Lomond. Ross Priory is located in a remote location with limited connectivity. Once the finished programme was made using the private 5G network, it needed to be backhauled back to base. The group used Low Earth Orbit satellite technology to do this, in this case bonding Starlink and 4G connectivity, something which Zixi does very well. 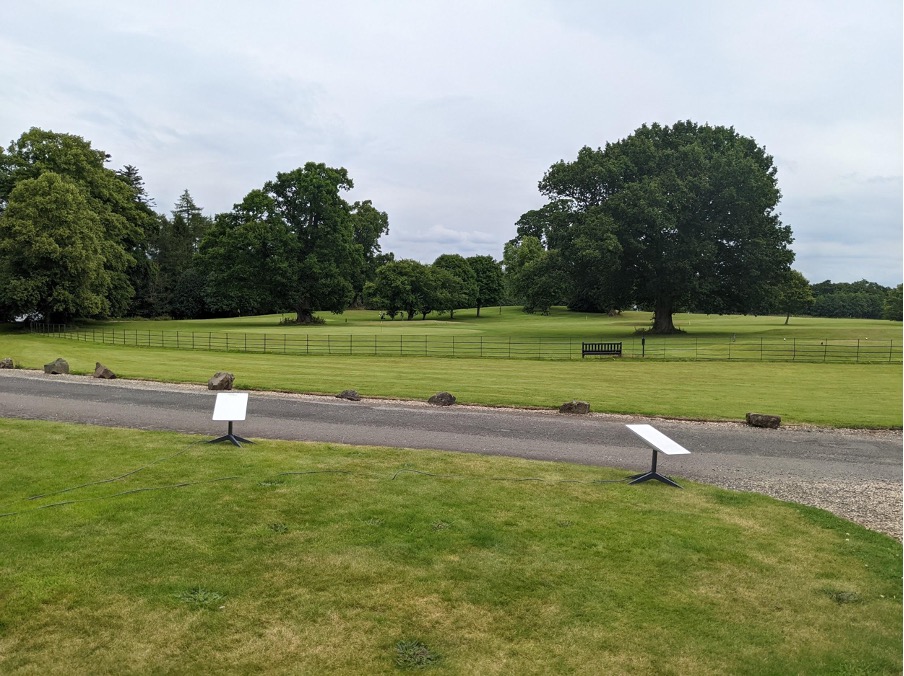 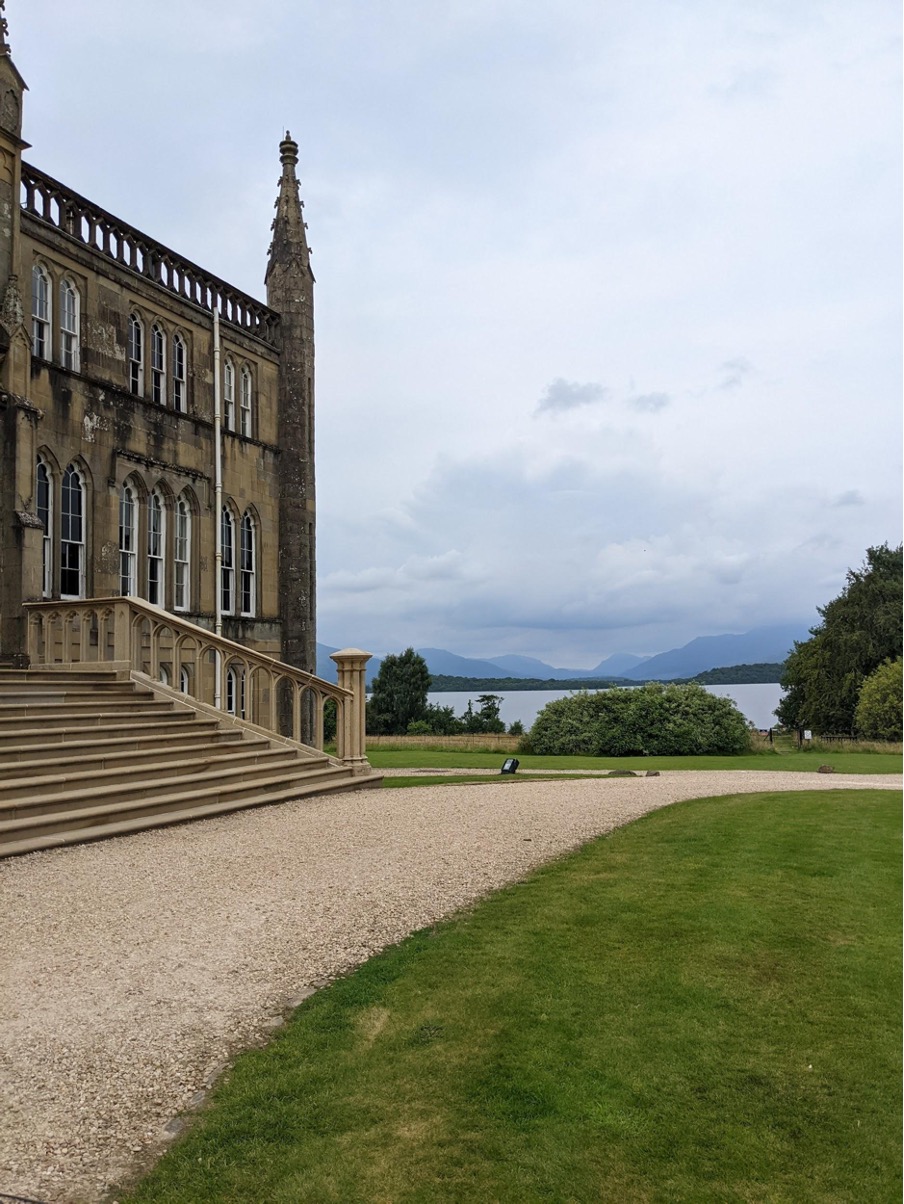 At IBC, we showed one of the other elements that is often not thought about: camera shading thanks to our partnership with CyanView. It is often forgotten or overlooked that the colour rarely matches when switching between live feeds from different cameras. CyanView’s camera shading technology means that the colour is matched so broadcasters can deliver a seamless experience to viewers. We demonstrated how cameras can be shaded over the 5G private network at IBC.

If you missed it at IBC, get in touch to find out how these technologies are shaping the future of broadcast.